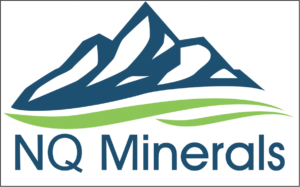 NQ Minerals recently signed an agreement to purchase a 100% interest in the historic high-grade Beaconsfield Gold Mine in Tasmania, Australia.

The Beaconsfield Gold Mine of 483,000 oz of gold (Mineral Resource Estimate 1.454 million tonnes @ 10.3 grams per tonne, JORC compliant). Significant additional gold potential is still to be assessed in the upper section of the old Beaconsfield Mine workings, plus the orebody remains open at depth.

Beaconsfield is historically one of the richest gold mines in Tasmania. Past gold production totalled nearly 2 million ounces from 1887 to 2012 at an average of nearly 15 grams per tonne gold. The acquisition includes a 350,000 tonnes per annum processing plant, tailings dams, associated infrastructure, property rights, mining leases, and related mining permits.

David Lenigas, NQ’s Chairman, said: “Beaconsfield is an exceptional high-grade gold asset and will provide a solid platform to bring the Company’s second mine in Australia into production. The Company is now focused on bringing the Beaconsfield gold processing plant back into operational status as soon as practicable. The mine has a long and rich history in Northern Tasmania, and we understand the importance of this heritage. We are looking forward to bringing jobs and economic activity back to Beaconsfield.”

NQ Minerals also recently announced that plant production at its flagship Hellyer Gold Mine also in Tasmania, Australia, has now been successfully increased by 44% to over 1.3 million tonnes per annum compared to 2019’s full year plant production numbers. The new production rate of 150 tonnes per hour is now being achieved after a June plant upgrade and circuit optimisation exercise. This new rate compares to 2019 Hellyer Full Year plant throughput totalling 835,877 tonnes..

Chairman David Lenigas said, “This Hellyer plant upgrade exercise has been successfully brought in some 6 months ahead of expectation. The increase in saleable mine product will have a very positive affect on the Company’s top and bottom line revenues going forward…”

Gold To Be The Victor In The U.S. Election

Gold will be the victor in this year's U.S. election - Heraeus Analysts at Germany-based…

VERB Technology has been trading up nicely recently. Listen to VERB's CEO tell the story…

Complete the form for full details of this great opportunity

What Is Hydrogen? – Jericho Energy Ventures

This website uses cookies to improve your experience while you navigate through the website. Out of these cookies, the cookies that are categorized as necessary are stored on your browser as they are essential for the working of basic functionalities of the website. We also use third-party cookies that help us analyze and understand how you use this website. These cookies will be stored in your browser only with your consent. You also have the option to opt-out of these cookies. But opting out of some of these cookies may have an effect on your browsing experience.
Necessary Always Enabled
Necessary cookies are absolutely essential for the website to function properly. This category only includes cookies that ensures basic functionalities and security features of the website. These cookies do not store any personal information.
Non-necessary
Any cookies that may not be particularly necessary for the website to function and is used specifically to collect user personal data via analytics, ads, other embedded contents are termed as non-necessary cookies. It is mandatory to procure user consent prior to running these cookies on your website.
SAVE & ACCEPT